Check out part 2 of my blog series: How To Feel Sexier In Your Own Skin

It reminds me of this meme – which for someone like me was pretty profound the first time that I read it. 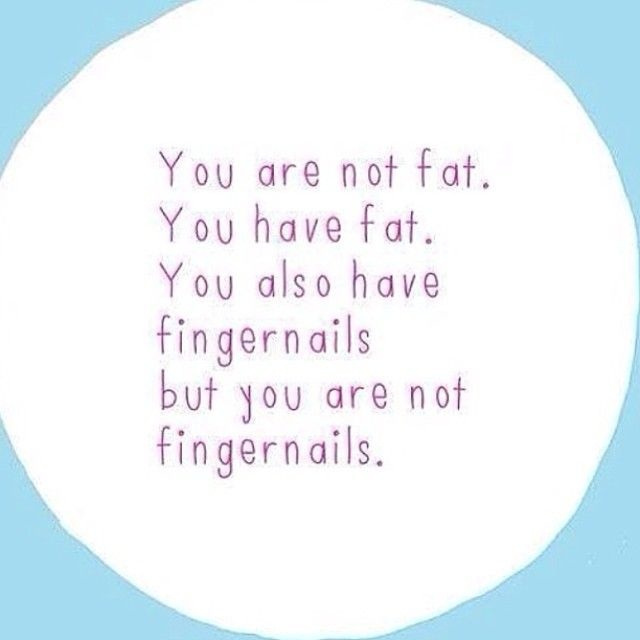 Do you remember in the last blog when I said that after Be Activated #1 and #2 I came home and wasn’t really practicing what I was preaching?  Do you want to know the real reason that I didn’t?  It has kind of been a secret so don’t tell anyone.  I didn’t really do the activations like I should because I thought that I was to fat. Yep, truth bomb, I thought that because when I activated all I felt was “fat” that somehow that made me gross and disgusting and the best thing to do was just ignore the activations so I wouldn’t have to feel my fat.  And heaven forbid I ask anyone to activate me because then they would have to feel my fat too.

How dumb is that?

Obviously, if there was a weight limit to Be Activated then Douglas Heel would have told me the first time I walked into the classroom.  “Um excuse me but you are a little chunkers and I just don’t think this class is going to be for you”.   But he didn’t say that.  And do you know who else didn’t say that?  The RPR (Reflexive Performance Reset) head dude and friend JL Holdsworth.  He never once said “You know I would like to come to your gym and teach RPR but you aren’t gonna be allowed in class because you are just to fat”.  Nope, no one ever said that.  And, just for grins do you know how many people in all the times I have been worked on using both techniques, do you know how many people have said “Um, I’m a little grossed out at your bodyfat so you are gonna need to find someone else to do this work”.  No one.  Not even one person.

And yet, I said it to myself.  We are truly bonkers when it comes to self-acceptance.

When I did my activations and I came upon a spot of tough resistance I thought I was meeting bodyfat and that because I had bodyfat I wouldn’t be able to truly activate that spot.  It took until round #3 of Be Activated to make the genius leap that what I was meeting was just TISSUE – yep, some of it was body fat and some was gristly bits and some was weird neural tone but it was all just TISSUE that I needed to deal with so that it could get the “F” out of my way.   Coming home from round 3 this summer I started doing a daily routine of 30 minutes of activations each morning, going through the entire body and the more that I work, the more that I can get past the stickiness of the bodyfat, move it out of the way and actually find and work on the structures that I am supposed to feel.

And boy does my body feel great.

Many of you have never been through Be Activated or RPR (Reflexive Performance Reset) so let me walk you through one of the activations that made my Fat-Shame-O-Meter really go crazy. It’s the first of the two quad release activations and it starts at your QL.  Follow these steps along with me if you like:

Take a break, because if you have never done that before then I know it was not pleasant.

Here’s the deal. I didn’t do that because it wasn’t pleasant.  I didn’t work that area because I am a thicker girl and that area felt to “fat” to me.  I didn’t think I would ever feel my hip bone because of all the stupid chocolate muffins that I eat.  And then it became a negative feedback loop.  The more I “hated” that part for being fat, the more sensitive I was about the fat in the area, the more sensitive that area became to my touch – or Marc’s touch.  It was horrible, he couldn’t even begin to touch there to start working because I would ball up and not let him near.  The more I “hated” that area the harder it was to work.  So, I skipped it and would only do the next part of the Quad release which is on the front of the leg releasing the VMO.   If you have ever done this release (sorry I am not walking you through this one) then you know it is absolutely EXCRUCIATING the first times you work it.   And it was for me.  I know NOW that because I wouldn’t do the first release, I didn’t get ANY relief for this second one.  And it was so awful that I would just skip it as well.   Therefore, everything felt tight and awful and the activations “didn’t work” and I didn’t do them.  BOO!!!!

Coming home form #3, making the commitment to work every area every day made me come to realize that the more I worked an area the more the “tissue” just got out of my way.  I can go into that QL/Ribcage/Pelvis area now and do all the work that I need to do, working all the structures that I need to get to.  I have learned that I am not “To Fat” for activations.  Now, I just do them and make the tissue move out of my way.  I don’t even get attached to the tissue in any way.  Its just tissue and I need to make it do what I want it to do.  Take that B*tch!

But wait, there is more.

The next big AHA moment was this.  The more I do my activations and make peace with my tissues the taller I became.  The more confident I became.  The more radiant I became.  The more beautiful I felt. And I am absolutely not lying on this.  About a week after coming home from Be Activated #3 a member of our gym came up to me and asked if I was getting taller. My answer was “yes, I am”.  I was taller because I was straighter, had less F’ed up tissue and have more confidence in myself and my body.  Truth.  It has been a very, very long time since I could look at myself naked in the mirror and admire the things I liked instead of wanting to cry over the things I didn’t like – which was just about everything.  I have not had a full length mirror in my room for at least 10 years.  There wasn’t any reason because I knew I looked fat and didn’t need the reminder.  When we came home from Be Activated #3 I bought a mirror and I can now stand there and bask in my own nakedness, and if you don’t like the way I look then who cares, because for the first time in a while I do.

And this is why I want to talk to you about sex, being sexy, feeling sexy and getting your groove on.  Because once you can live into your own skin you can start to feel sexy again.  And then other things change.  Things I am not quite ready to talk about now, so stay tuned to my next blog and where things will start to get juicy.