I am way past due for a blog.

This blog is supposed to be about being sexy in your own skin.

It is supposed to give you some of the secrets that I have found to reconnect with my own sexy self.

It is NOT supposed to be about grief.

But grief is what I have to give now, not sexiness, so if you will pardon me, I am going to say a few words about three people we have lost recently and what they have meant to me.

In August Marc’s Aunt Ann died.  She had been on hospice for a few months battling her third or fourth round of cancer plus congestive heart failure.  Both illnesses left her to weak to handle any sort of treatment, so she was left to live out her days with her lovely husband John on their beautiful property in southern Indiana.  When we found out that Ann was on hospice we called to see if we could come for a last visit, but she was adamant that no one come see her.  With most people, you would ignore that directive and come any way, but with Ann when she said something, she meant it and we knew it would cause her more distress if we came.  It was hard staying away, but we did.

I only met Ann a handful of times.  Each time was in Indiana on their homestead, we would walk around her enormously gorgeous flower gardens where I would listen to the history of each flower while digging some up to bring home with me.  Or, we sat on the front porch drinking pop and talking about whatever there was to talk about.  Honestly, with old timers like that I just like to sit and listen.  Ann was a second mother to Marc and his brother, and she loved them fiercely.  As conservative as Ann and John were, they never, not one time made me feel like I didn’t belong.  (Although they were a little skeptical after learning that I voted for Obama.)  Losing Ann and knowing that we will never get to just sit with her and listen is a hard pill to swallow. 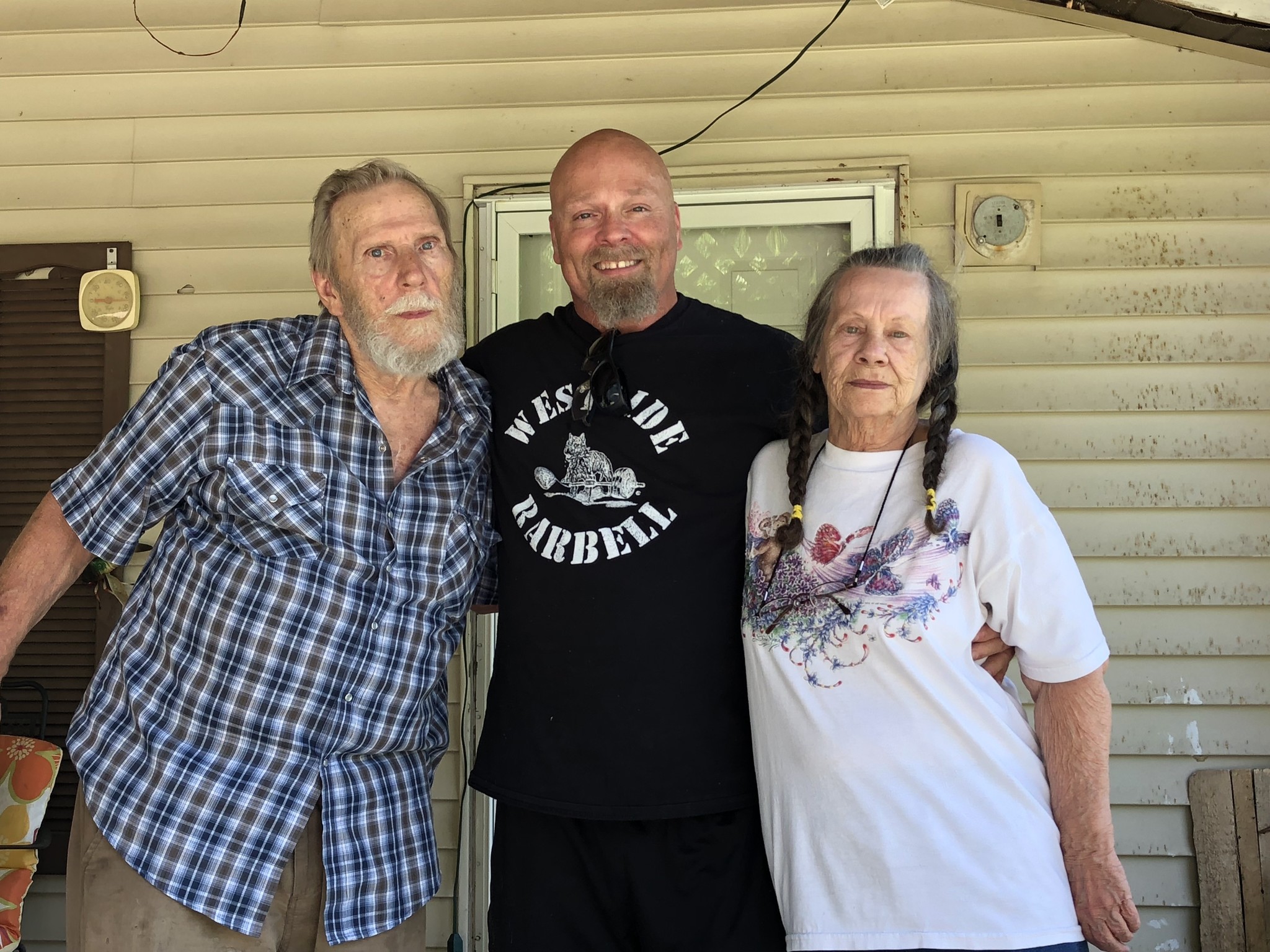 September brought us the realization that our beloved 15 and a half year old puppy dog, Amber, was reaching the end of her time with us.  I will not be able to write much because I don’t want the flood gates to open again, but that silly little puppy was my constant companion for her entire life.  We got her when she was only about 10 weeks old – just a floppy little puppy.  The plan was to keep her with us at the gym until she was potty trained, and then because she was a pit bull, we figured we would leave her at home so the members of the gym wouldn’t be uncomfortable.   That planned changed almost immediately as the members of the gym all fell in love with her and all but demanded that we continue to bring her with us.  So, she came to the gym almost every day of her life.  On Sundays, I would make her ride around with me doing errands (you know so she wouldn’t get lazy).  Some Sundays I would even stop at Lizard’s Thicket and get her an order of bacon to help pass the time.   Marc called her magic, and magic she was.  She was cute when she slept, she was cute when she ate, she was cute when she was just standing there shaking her butt and begging for treats.  She was the damn cutest dog ever single moment she was with us.  Losing her was not a shock, I had been preparing for the day for years, but not having her with me has taken a lot of getting used to.  I miss her constantly. 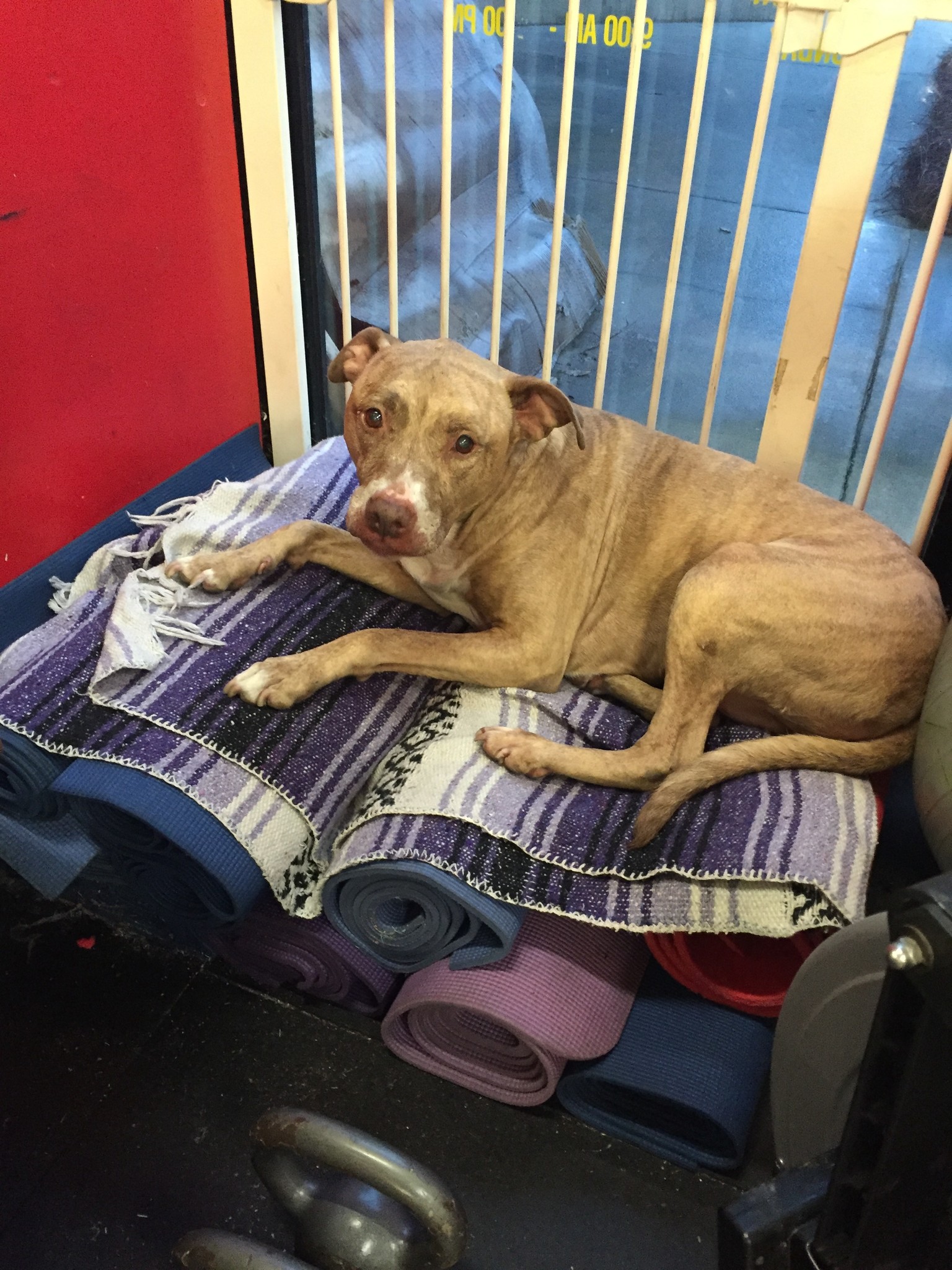 October has not been much better.  Last Thursday night we got the call that our dear friend Dutch (Dennis Hulst) had passed away due to an accident at work.  He was a roofer and had a heart attack while on the top of a ladder.   We knew that Dutch had heart issues – everyone knew that – but we also knew that he was one strong, tough, crabby bastard that could withstand anything.  But I am not going to say that knowing his heart troubles that I have not been terrified of getting that call.  Friday, after getting the news, I didn’t want to train, neither did Marc, but we both knew (everyone who knew Dutch knew) that if we didn’t train because of him he would call us all “pussies” so we had to get a good workout in.  I cried through the entire thing…cried and cried and cried because I just don’t want my sweet, sweet friend to be gone.

It has only been recently, in the past few years, that I have begun to have the ability to tell people that I love them.  Most of this evolution has come because I realized that there are so many people who just don’t hear those words often enough.  Dutch, was loved by a trillion people, and I know they told them that they loved him, and yet I never felt like he allowed his bucket of love to get full.  Every time I saw him, or texted him or talked on Facebook I told him that I loved him and his stupid beautiful face.  So I know that he knew that.  I also know, that when he got to the pearly gates St. Peter didn’t even have a chance to welcome him.  The first thing out of Dutch’s mouth was “You just make sure it is written down that I died at work.  Not like some punk ass that took the day off because their tummy hurt. Young people just don’t have the work ethic that us old folks have”.  Ha!!!  That is exactly what happened. 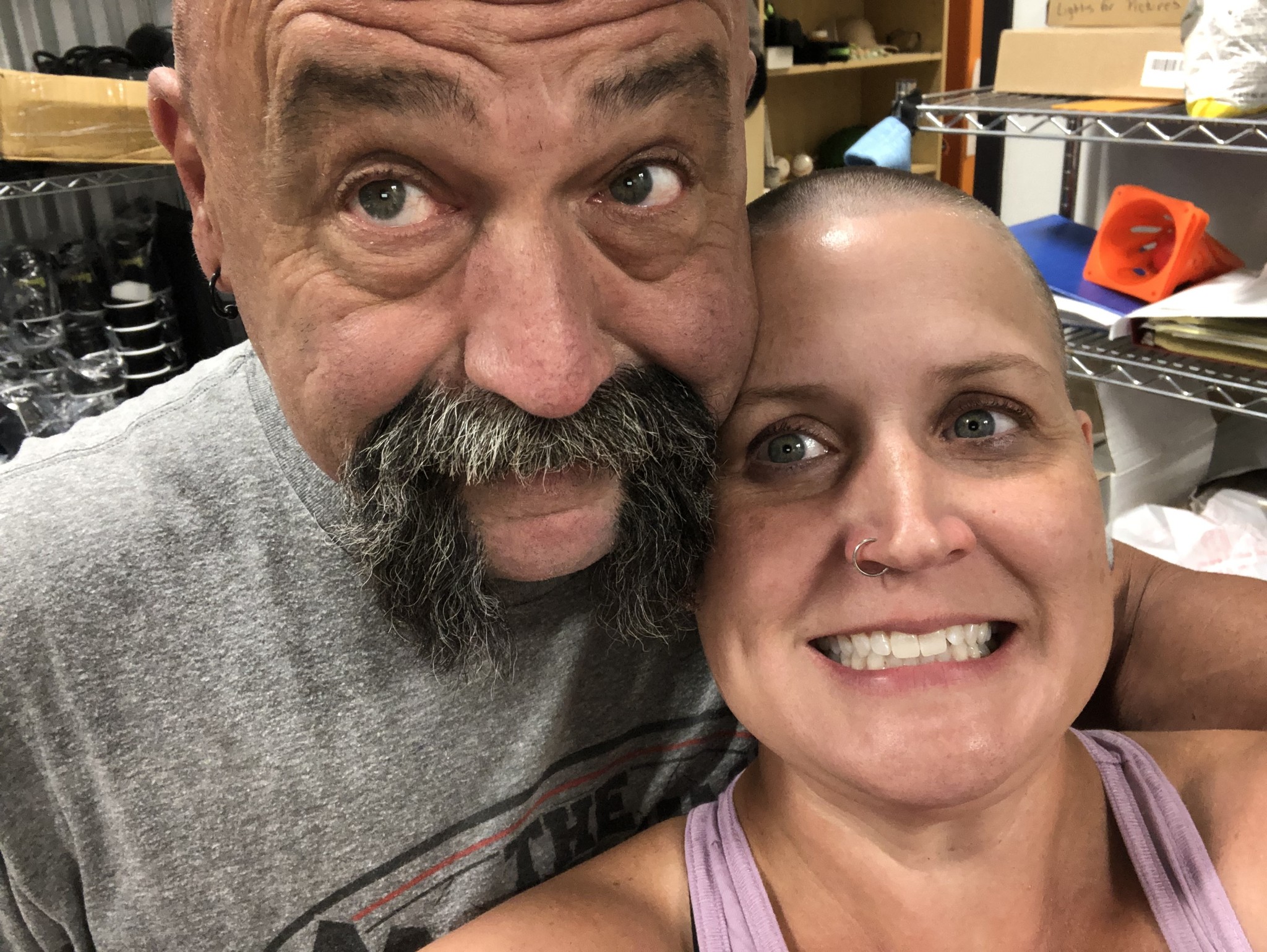 I have written about the lovely evening I spent with Marc and our friends JL Holdsworth, Jeff Bramhall and Douglas Heel in past blogs. And I mentioned being given countless gifts that night.  One of them was the gift of a song called “GMF” by John Grant.   GMF stands for Greatest Motherfucker.  Douglas played the song for me, and at the time it struck me like a ton of bricks – but for different reasons.  Since then it has become a rallying cry for myself.  And now, it is a song that embodies my friend Dutch.  I will put a link to the whole song at the end of this blog but here are the words that touch me so much.

You could probably say I’m difficult. I probably talk too much.

I overanalyze and over think things, yes, it’s a nasty crutch.

I’m usually only waiting for you to stop talking so that I can.

So, go ahead and love me while it’s still a crime

Don’t’ forget you could be laughing 65% more of the time.

I love you Aunt Ann.  I love you my sweet puppy Amber. I love you Dutch.  I miss you all more than you will ever know.